3 Ways to Take a Screenshot on Mac

Many users are easily confused by a variety of screenshot Apps in App Store. If you just bought a Mac or still have a little idea of how to take screenshot on macOS X, take a look at these screenshot tips and related software recommendations that I have summarized for you. 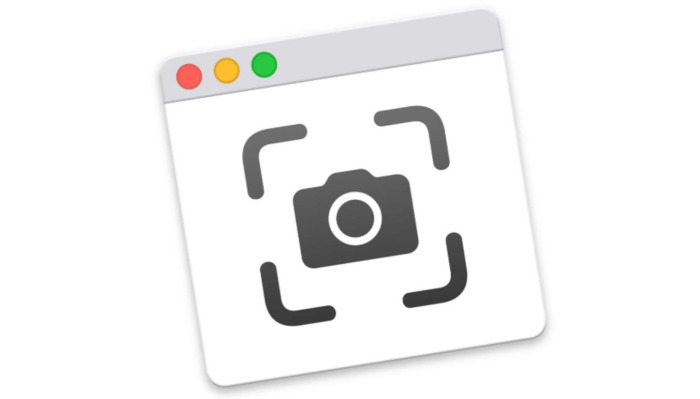 Did you know that screenshots can be captured on a Mac in three different ways, and the new version macOS even makes screenshot feature much easier. Therefore, you can capture different types of screenshot on Mac, and we also provide a detailed description of how each screen capture method on Mac works. Check below!

Way 1. Take a Screenshot on Mac with Keyboard Shortcuts

Command + Shift + 3
This key combination can capture the whole image of the current screen, and then name it in the form of "screenshot + date". The screenshot will be automatically saved to the desktop in. PNG format.

Command + Shift + 4
This combination key can capture the image of any area on the current screen, press the combination key to release, and then the mouse will automatically become a aiming device.

When you move the cursor (click and drag with the mouse or drag with three fingers on the touch pad) to select the capture area, there will be an instant change in the length and width of the pixel value on the side. Then release the gesture (or mouse) after confirmation and the screenshot can be completed.

Similarly, this operation is named as "screenshot + date" and automatically saved to the desktop in. PNG format.

The cursor will automatically become a camera icon, at this time, all areas are in the mask state, move the cursor to the target window and click to complete the screenshot.

If your Mac hasn't been updated to or doesn't support for updating to macOS Mojave, just use the shortcut key above to take a screenshot. If you capture the screen by recording them into a short video clip, it's suggested that you can download professional screen recorder(professional screen recorder software has been introduced in the third part), or you can also update the system to macOS Mojave and take a faster screenshot according to the second method below.

Way 2. Take a Screenshot on MacOS Mojave or Later

When your system is updated to macOS Mojave or newer one, it supports users to press shift-command-5 to activate the screen recording tool at the same time. In addition, this feature also supports screenshot function. Unlike the older system, you need to press different shortcut keys for using.

The tool also allows users to record the Mac screen. The recording options are as follows: record the entire screen, record a portion of the screen. Keep in mind that the macOS Mojave screenshot application UI would not appear in the screenshot you take. 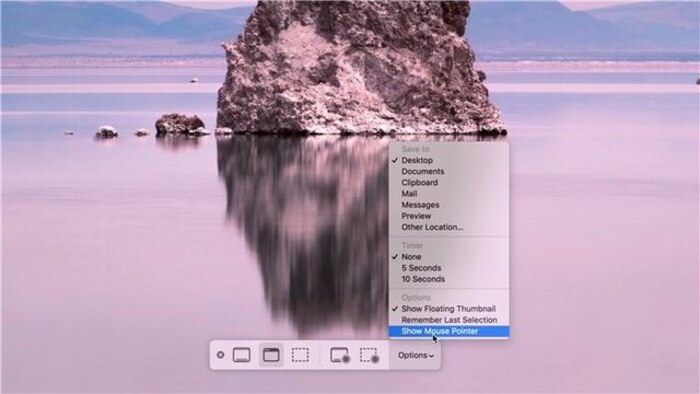 NOTE: In addition to screen capture and recording, there are built-in options which allows users to change the default save location and enable the countdown timer for a perfectly timed screenshot. There are also options to disable the floating thumbnail preview in the lower right corner of the display and remember the last option when using the screenshot utility again. Similarly, you can choose to hide or show the mouse cursor.

RecordAnyVid is a professional screen capture and recording software for Mac. It can record all activities happened on the desktop. In addition, it also supports real-time editing, and is able to output to video files in different formats. The interface of RecordAnyVid is simple and the operation is simple. 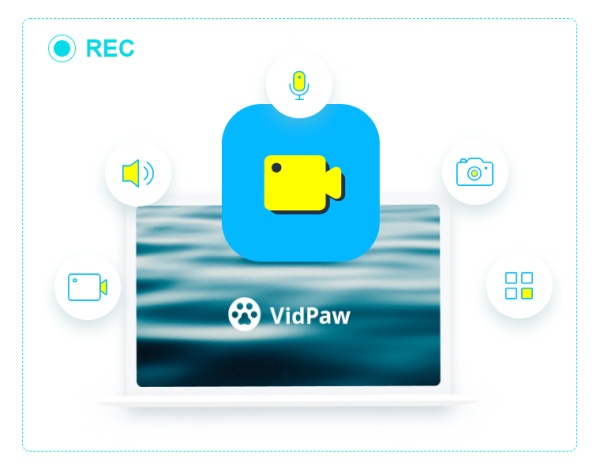 Other features of RecordAnyVid that are worthy mentioning:

There are more easy-to-use functions not listed one by one. It is recommended that you can directly download RecordAnyVid and try it. If you need to refer to the specific operation steps, you can continue to read.

STEP 1. Download and Launch RecordAnyVid
Click the [Download] button on the official webpage to download and install RecordAnyVid on Mac computer. Launch the program and you will see this simple interface. Then choose Screen Capture (for taking screenshot) or Video Recorder (for recording Mac screen activities).

Note: As soon as you select the Screen Capture, start grabbing the screenshot. You can edit the screenshot and finally click [Save] to save the image.

STEP 2. Set the Capturing Area
If you select Video Recorder, you can select "Full screen" to capture the entire screen or select [Custom] to crop out a screen area for recording certain area of your Mac.
Note: Customize Settings
Before recording, you are able to set up hotkeys or show/hide mouse cursor. Click the gear icon to the Preference for setting up as below.

STEP 3. Click REC to Record
During the capturing, the camera icon allows you to take a screenshot of the screen. At the same time, you can draw and annotate the video with the texts, arrows, or other features. When it finishes, you can click on the REC again to end the recording. Finally, click on "Save" button to save your recorded video. 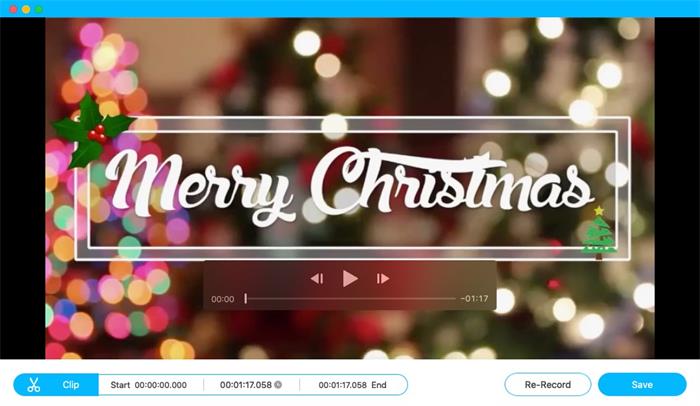 You can choose the most efficient method according to your own need. If you think the recommended methods and software in this post are useful, you can share them with your family and friends as well. Thanks for your support!

Dream big and down to earth