Quickly Convert videos into a range of formats

ou may need to convert MP4 to 3GP sometimes. Why? Isn't it said that MP4 is universally supported on most devices and media players?

Although MP4 has showed its popularity and high compatibility among so many video formats as it even is set as a standard, it still can't be played on some mobile phones such as the 3G network phones. On these devices, another format, 3GP, is easily supported. So if you are using a 3G network phone, you'd better to convert the MP4 video to 3GP if you want to play it on this kind of device. 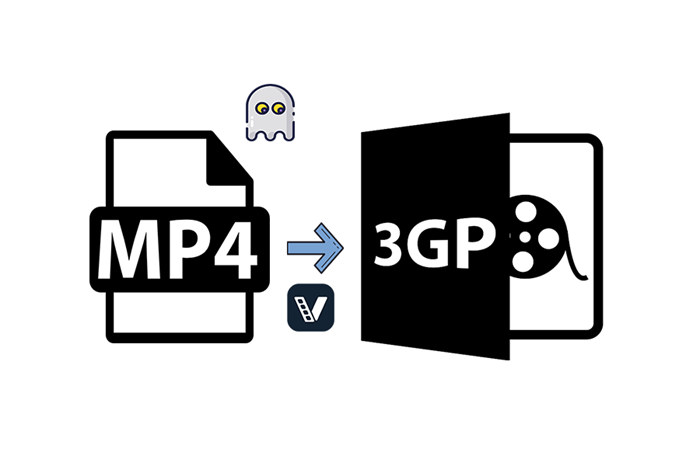 It seems that video format conversion is a complicated task, but actually, with the help of some reliable video converter, you can easily convert MP4 to 3GP within a short time. And in this blog, two ways will be offered. Before going to that, let's first learn something about 3GP format if you are not familiar with it.

3GP format was invented by 3rd Generation Partnership Project Group, in short is 3GPP. Originally, 3GP was created because people want to smaller the size of the video, in order to save the storage of the disk, bandwidth, or data usage. The engineers designed 3GP and improved its performance on 3G network phones. Therefore, on these devices, a 3GP format is better compatible.

There has another format that has a similar name to 3GP, which is 3G2. You may wonder, what is the difference between them?

Actually, 3G2 is very similar to 3GP and both of them have some advancements on those 3G network phones. But the fact is that 3G2 has some limitations and is not completely the same as 3GP format.

Talking about more detailed devices, 3GP works as the standard format for GSM-based mobile phones, while 3G2 is more appropriate for CDMA phone.

Besides, although both of the formats can be used to store videos, but 3GP is more superior because it can also contain ACC+ as well as AMR-WB+ audios. But 3G2 also has advantages - it can contain EVRC, 13K, and SMV/VMR but 3GP can't.

But actually, if the programs you are using support 3GP, they are also compatible with 3G2 files.

Part 2. The Best MP4 to 3GP Converter on Windows/Mac

As said just now, some 3G network phones are more compatible with 3GP format instead of MP4, so if you are using this mobile, you may meet the situation that your MP4 video can't be played on the device. So you need to convert MP4 to 3GP.

ConvertAnyVid is the best MP4 to 3GP Converter that I want to recommend for those in need. It is a mature program, which can perform well on both Windows and Mac systems. Supporting 200+ formats and high output video quality including 4K, 1080p HD, 720p HD, etc., people can get the video in their needed formats with high quality very easily.

No matter on Windows or Mac, ConvertAnyVid can work very fast, and you will be appreciated by its stable and fluent performance. It is really a good choice if you need a professional MP4 to 3GP converter. If you have chosen it, you can scroll down to see the steps of using ConvertAnyVid to convert MP4 to 3GP below.

How to Convert MP4 to 3GP with ConvertAnyVid

STEP 2. Import MP4 File
When ConvertAnyVid is installed, open it.
On Windows, you can directly drag the MP4 file to the interface of ConvertAnyVid in its video converter.
On Mac, click the "Add File" or "Add Folder" option in top left corner of the interface to manually choose the MP4 on your computer to add. 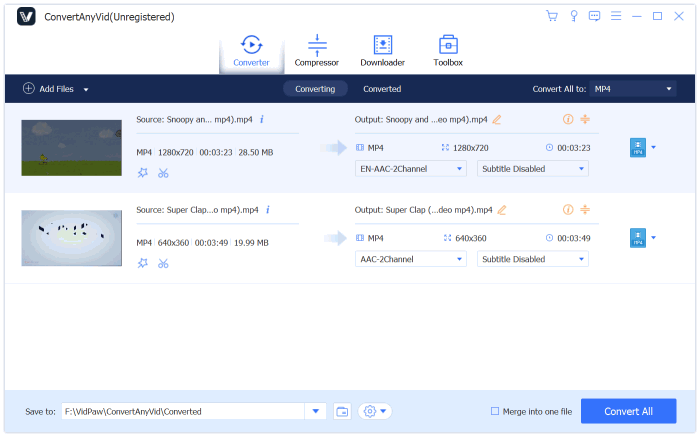 STEP 3. Select 3GP Format
After adding, you need to choose 3GP as the output format now.
On Windows, please go to the format menu in the top right corner.
And on Mac, move down to "Profile" and browse the format list to choose 3GP. 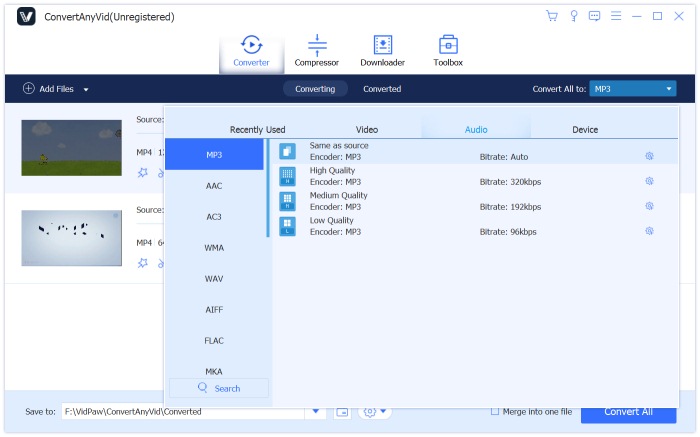 STEP 4. Convert MP4 to 3GP
On Windows, you can select an output folder in "Save to" section under "Profile".
On Mac, the place where you can select the path for storing the converted file in in "Destination".
Finally, just hit the "Convert" button and the video will be converted from MP4 to 3GP immediately.

Another online converter is also offered to let users convert MP4 to 3GP without hassle, that is using Zamzar, which is a mature platform for converting the file formats online. Once you have tried, you will love this platform if you are the one who just want every steps of the video format conversion to be simplified, this online tool is a good choice.

You only need to do three steps to convert the MP4 file to 3GP with Zamzar.

STEP 1. Add MP4 Video to Zamzar
Open Zamzar and go to its MP4 to 3GP online converter.
Then simply click the "Add Files..." button, and a pop up will show up and allow you to choose the MP4 video you want to convert to 3GP on your computer.
Directly add it to Zamzar.

STEP 2. Choose 3GP Format
Because you are using the MP4 to 3GP converter, after adding the MP4 video here, it would automatically select 3GP format for you.
Check it. If the selected output format is not 3GP, you can pull down the list and select by yourself.

STEP 3. Convert MP4 to 3GP
Finally, only click on the green "Convert Now" button, then Zamzar would start converting MP4 to 3GP format.
If the conversion is done, you will get the converted result. Now just download the 3GP offline, and transfer it to the device or player you want to play on.

If you find the MP4 video can't be played on your device, just try ConvertAnyVid  or Zamzar to convert MP4 to 3GP with the simplest and effortless effort. Then the video can be playable again. Just have a try when you need.